article on the project in artforum

The BLOB of im/possible images 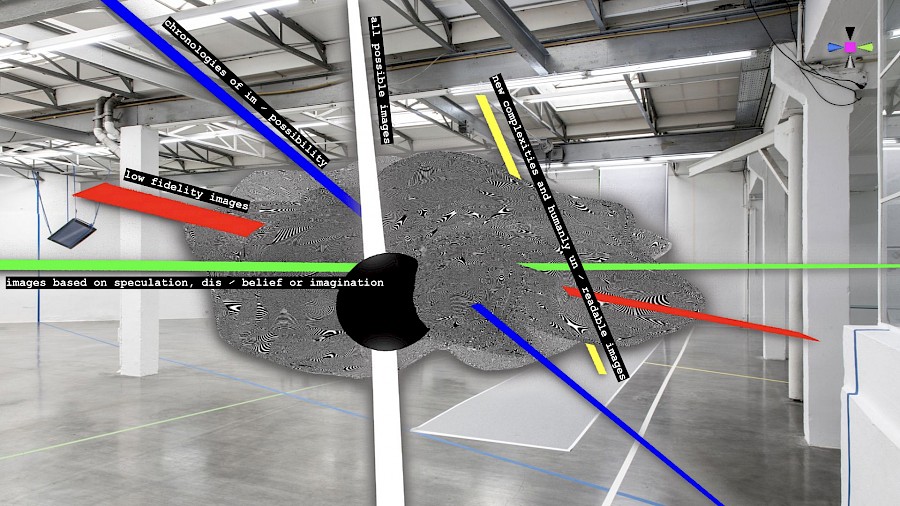 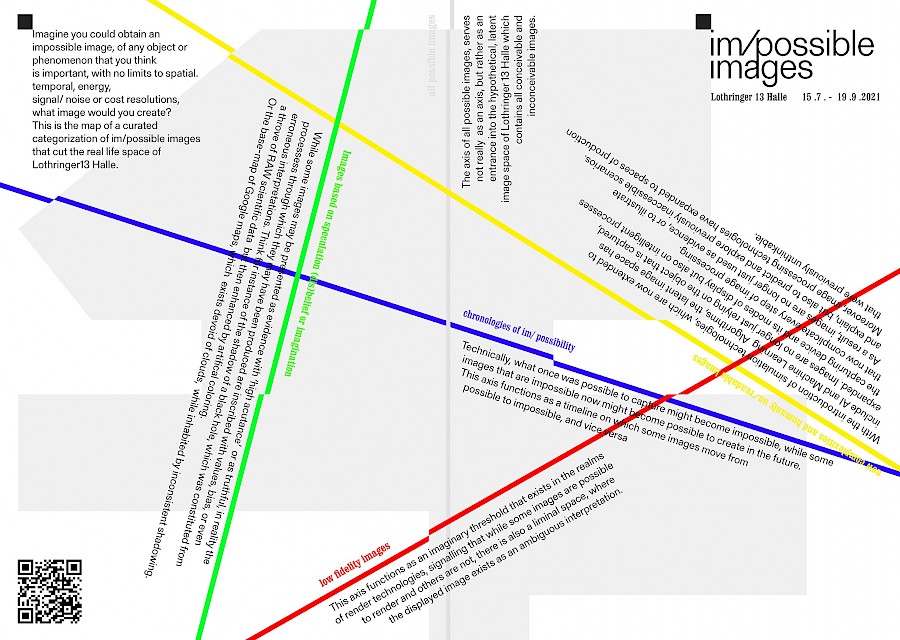 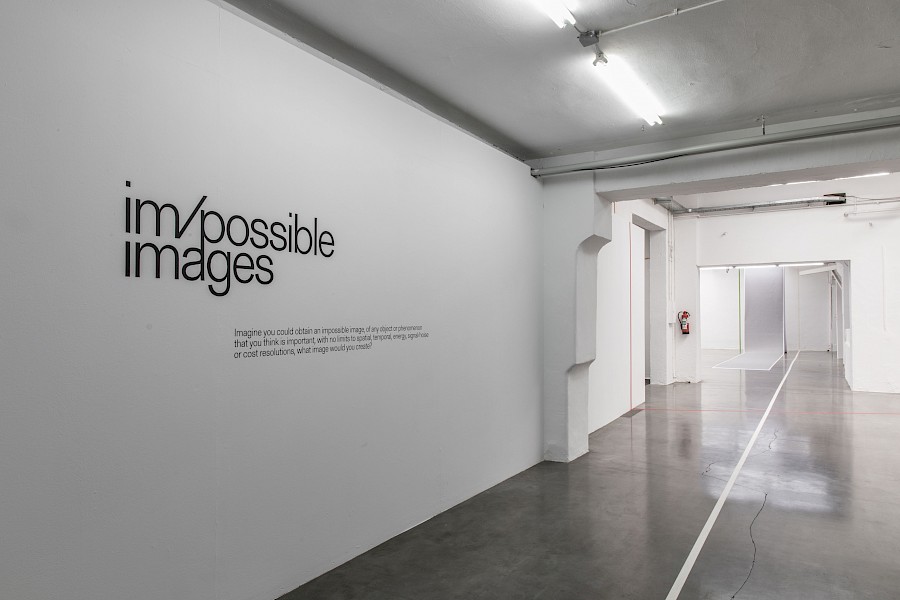 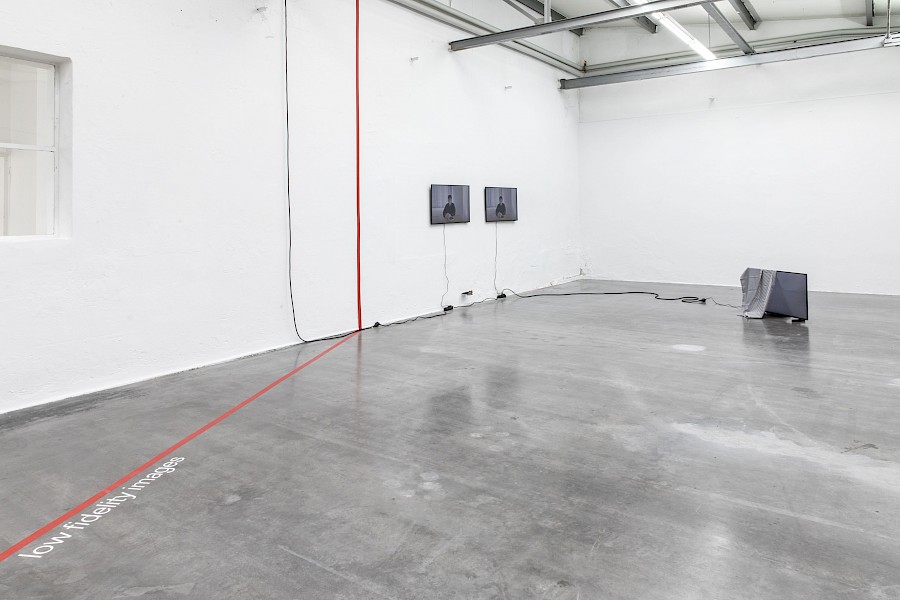 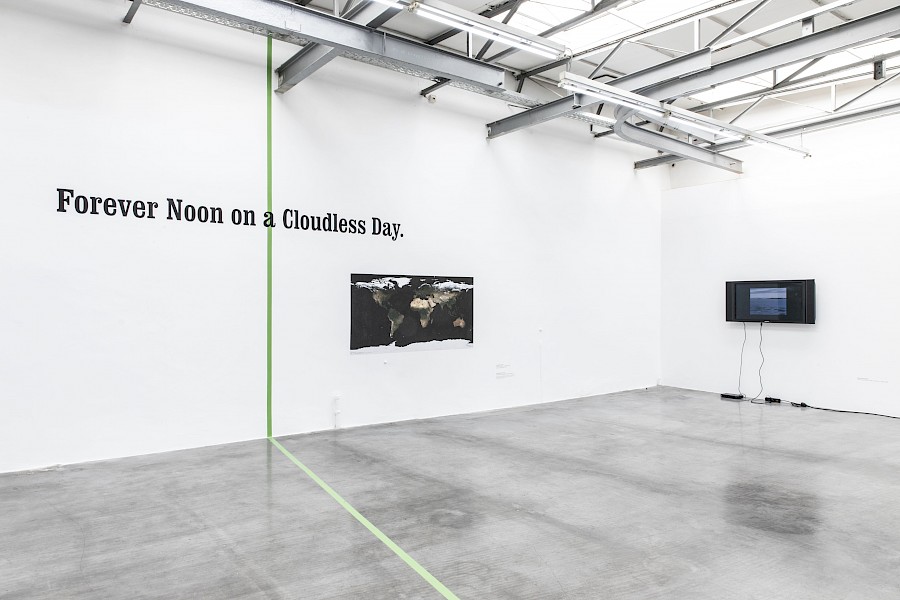 Green axis: images based on speculation, dis/belief or imagination 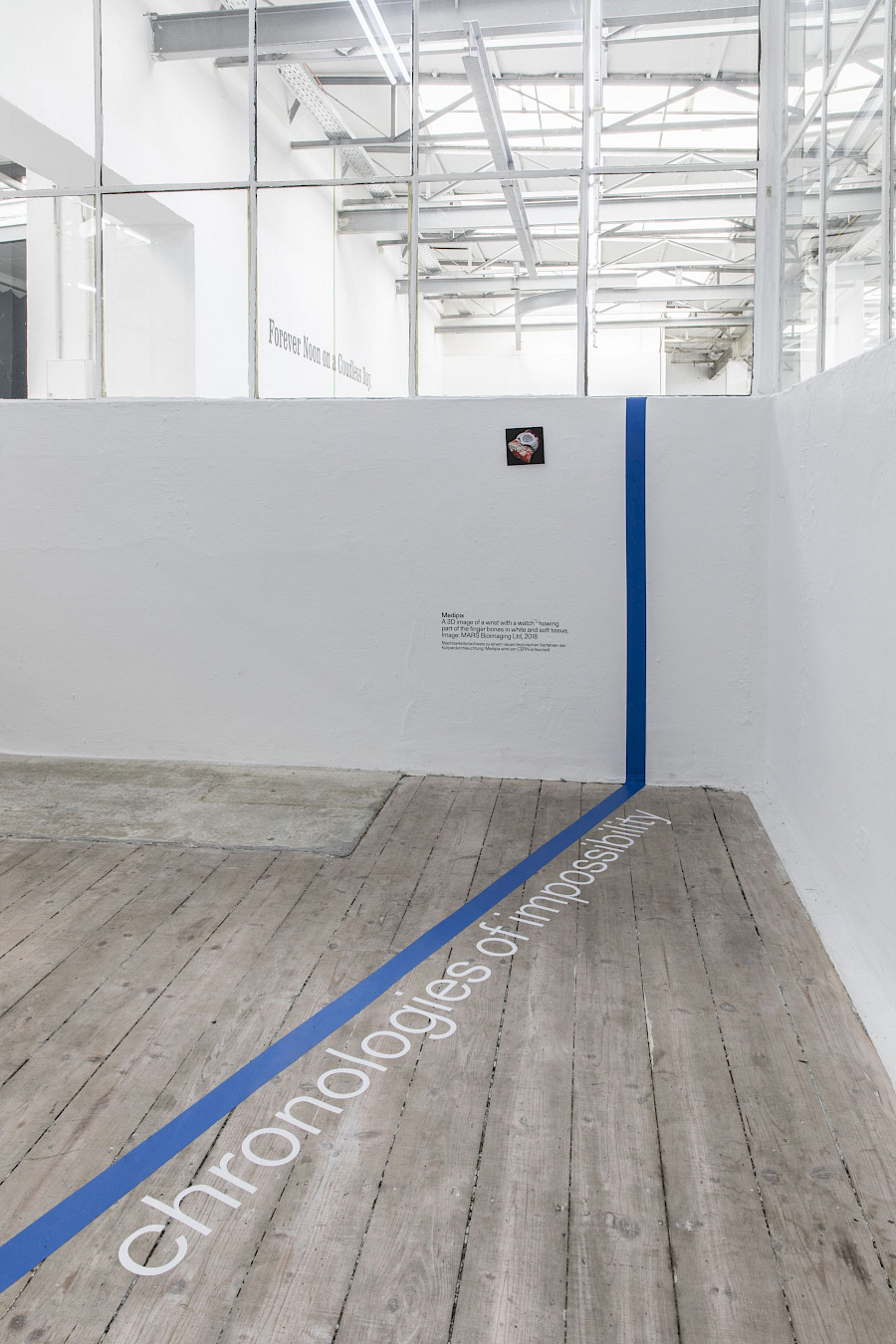 im/possible images – the exhibition
An Overview with links to artists, artworks and materials

At the entrance of the Lothringer, a computer provides access to the digital version of the exhibition, titled: the BLOB of im/possibe images. The BLOB is home to a virtual collection of im/possible images that I sourced during my Arts at CERN/Collide-Barcelona residency, by asking every scientist the same question:

Imagine you could obtain an 'impossible' image of any object or phenomenon that you think is important, with no limits on spatial, temporal, energy, signal/noise or cost resolutions.
What image would you create?


I developed the BLOB to function as a virtual home for my collection of im/possible images during the pandemic, when all galleries were closed. But now, at the Lothringer 13, the im/possible images show has become a real space actualisation of the virtual BLOB.


In analogue photography, the latent image space exists when photosensitive material has been exposed, but has not gone through the process of development (yet). It is the space that has been touched by light, but that is not showing trace evidence (in the form of an image) yet. The im/possible images show uses the latent image term as an expanded concept and a hypothetical space, that involves every imaginable and unimaginable image that could ever be rendered. A main premise of im/possible images is that once a render parameter is chosen, this parameter acts as a metaphoric cut through the space of the latent image, dividing it up into images that remain possible, and images that have become impossible. So effectively, every render setting realizes particular images, while it compromises others.

In the Lothringer these parameters or axes, are materialized as architectural elements that quite literally cut through the space while introducing five categories of im/possiblity.
offered to the audience as a map that they can navigate:

The axis of all possible images serves not really as an axis, but rather as an entrance into the hypothetical, latent image space of Lothringer 13 Halle, which contains all conceivable and inconceivable images.

Sometimes the parameters by which the image was originally created are not supported by the image processing technology that is rendering it visible. This can happen when for instance the encoding system (the codec) has become unsupported or the amount of pixels of the image is higher than the resolution of the display or the computer can process.
When this happens, the technology or decoder can sometimes still try to ‘interpret’ the image data. As a result, the carrier that is used to translate the signal into an image, will influence and possibly deform the image that is finally on display.
This axis functions as an imaginary threshold that exists in the realms of render technologies, signalling that while some images are possible to render and others are not, there is also a liminal space, where the displayed image exists as an ambiguous interpretation.

green axis
images based on speculation, dis/belief or imagination

While some images may be presented as evidence, with ‘high acutance’ or as truthful, in reality the processes through which they may have been produced are inscribed with values, bias or even erroneous interpretations. Think for instance about the image of the shadow of a black hole, which was constituted from a trove of RAW scientific data, but then enhanced by artificial coloring. Or the basemap of planet Earth, that is used by Google maps, which exists devoid of clouds, while inhabited by inconsistent shadowing.

With the introduction of simulation technologies, which today also include AI and Machine Learning Algorithms, the latent image space has expanded. Images are no longer just relying on the object that is captured, the capturing device and its modes of display but also on intelligent processes that now complicate every step of image processing.
As a result, images are no longer just used as evidence, or to illustrate and explain, but also to predict and explore previously inaccessible scenarios. Moreover, image processing technologies have expanded to spaces of production that were previously unthinkable and unknowable.