11.09.22, 4 pm, Book Launch
Sundowner Sunday with drinks, launch of the catalog "Eccentric 80s" (b_books, Berlin) and a talk with the editors

13.10.22, 7 pm, Round Table
on Munich subculture with discussion partners from the 80s and today. Gabi Blum (secretary at sub-bavaria), Holger Dreissig (Monokultur München) and Felix Flemmer (ZIRKA) discuss together with Mareike Schwarz the development, potentials and challenges of local subcultural initiatives.

Press information and materials on the exhibition

Tabea Blumenschein (1952–2020), Hilka Nordhausen (1949–1993), and Rabe perplexum (1956–1996) acted ex-centrically in several senses: outside the centre of attention, deviating from social norms and often also from institutionalised art. The results of their productions - performances, readings, films, concerts or murals - were sometimes fleeting, ephemeral and thus less marketable at the time. Blumenschein, Nordhausen and perplexum worked in the cities of Berlin, Hamburg and Munich. At the time, they represented non-recognised gender and identity images and lived sexual orientations non-conformably. Their work transcended the narrow boundaries of genres and modes of expression: Hilka Nordhausen, for example, founded the off-space Buch Handlung Welt, which was a bookshop, art space and social contact zone. Tabea Blumenschein worked as a performer, designed costumes for film and theatre, and left behind a body of drawings and paintings. Rabe perplexum realised performances and actions in public space in collaboration with friends and confidants, painted and was one of the early digital video artists.

The exhibition and publication project focuses on themes such as subculture, queerness, performative and collaborative ways of working. It tells a different story of the art of the 1980s in the Federal Republic of Germany; beyond the great male master narrative that has dominated the narrative of these years until now.

The contemporary artists Ergül Cengiz (*1975) (3 Hamburger Frauen), Philipp Gufler (*1989) and Angela Stiegler (*1987) question the positions of the 1980s from today's perspective. Their structurally hidden work will be activated on the basis of archive material, exchange with companions and their own artworks: Together with the art historians Burcu Dogramaci and Mareike Schwarz, an exhibition project is being created in which artistic and art-historically situated knowledge is combined. In this way, the three positions from the 1980s are made accessible for new perspectives of reception, both in relation to each other and to the contemporary artworks.

A German- and English-language publication will be published by b_books, Berlin, to accompany the project.

An extensive programme of events with films, readings, workshops and discussions with contemporary witnesses accompanies the exhibition. 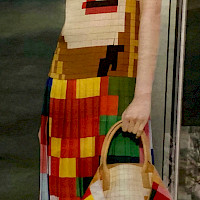 talk to me
Richter
dialogue
Next event on Sunday, 27.11.2022, from 2–4 pm. talk to me is an open conversation format that offers visitors one-to-one contact, to ask questions, to discuss their own point of view. The art mediator Julia Richter is present in the hall for questions and exchange.
read more 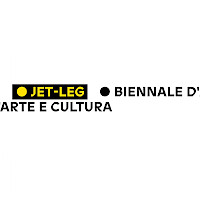