I Did Not See It Coming

Throughout the past 150 years on planet earth all land got turned into territory. Every square meter of soil belongs to someone or is claimed by a nation. With this ownership comes the assignment of people to a specific territory. Germans, Nigerians, or Thai are “at home” within the borders of a specific area; on the other side of this line, they are foreigners or aliens.

The territorialization of planet earth is rather young. The true size of the Antarctic continent was just calculated in the 1960s, which coincident with the development of the Arpanet, the fore runner of the internet. Thus paradoxically, as the project of territorialization was about to be finalized, the weapons that would attack it where in the making. Today we witness a renewed desire and fight for sovereignty and independence or is this just the logical next step in the process of territorialization?

Theo Deutinger is an architect, writer and designer of socio-cultural maps and studies. He is founder and head of TD, an office that combines architecture with research, visualization and conceptual thinking in all scale levels from global planning, urban master plans, architecture to graphical and journalistic work. Deutinger has developed ‘Snapshots of Globalization’ being multilayered illustrations and maps that represent the world in this very particular moment. He is known for his writings about the transformation of Europe’s urban culture through consummation and the influence of media. Deutinger’s work is frequently issued in various magazines and he recently published the two books ‚Handbook of Tyranny‘ and ‚ultimate atlas – logbook of spaceship earth‘. The work has been exhibited at various occasions like Future Fictions Z33 (Hasselt, 2014), Storefront for Architecture in New York (USA, 2019), and the exhibition Co-Habitation by Arch+ in Berlin (D, 2021). Theo Deutinger lectured and kept teaching engagements with institutions like the Strelka Institute in Moscow and Harvard GSD (Cambridge). Currently he is teaching at the TU Vienna and the University of Applied Arts Vienna.

The 3G rule (vaccinated/recovered/tested) currently applies to all events. Please show valid proof at the front desk. The number of participants* is limited due to spacing rules.

I Did Not See It Coming is supported by Akademie der Bildenden Künste München. 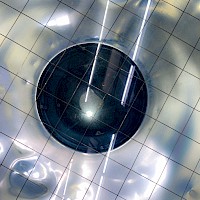 I Did Not See It Coming 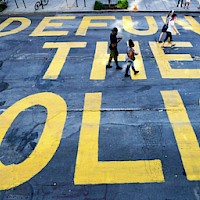 Lecture by Daniel Loick – invited by students from the class of Olaf Nicolai (AdBK München) UPDATE: The event will take place online. To receive the link to the event (zoom) please sent an email to projekt@lothringer13.com.
read more 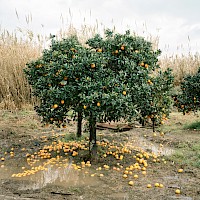 The lecture will examine the broad concept of violence from a variety of perspectives, including mass media narratives, collective trauma, traces of the effects of violence in the landscape, and the limits of representing violence through the image.
read more 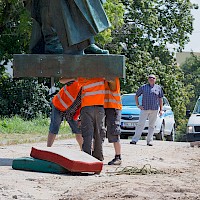 Luise Schröder: Memory, History and the Power of Images

The workshop will be dedicated to (im)-possibilities of artistic strategies dealing with the past and the present. Together with the students the artist wants to practically engage with their works within the exhibition, discuss and reflect their strategies.
read more