"Did you eat today?" refers to an old Chinese greeting, which cares about a person's wellbeing by asking if they have already eaten. Having food daily—fundamental for a good constitution of every human being—is particularly present in the daily language use within Chinese culture. Although today the phrase is mostly common among the older generation, it nevertheless names the life necessity of food, its cultural meaning and relevance, but also the threat of food shortages and hunger.

The program series “Did you eat today?” is interested in food culture(s) and food as an (im)material cultural asset, food politics, food production and -distribution, agriculture as well as subjective and cultural history(s), traces and memories that are connected to dishes, drinks and eating as well as preparation rituals. The format also aims to address wider topics around body absorption, which may include body fluids, pharmaceutical products, aphrodisiac or psychedelic substances et al.

In addition to the artistic works, we will open a street food corner in the space of Lothringer 13 Halle that responds to the presented videos and successively grows in its appearance while also making aesthetic and contextual references to food culture and street food.

Street food stands are idiosyncratic, often provisional spaces—less architecture than functional urban infrastructures. Here, appetite can be quickly satisfied for little money. With their culinary diversity, street food bars stand out and open up due to their demand in often very different locations within urban and rural areas. This creates spaces for encounters for different social groups that are situated in parking areas, on street corners, near stops and stations or other transit locations.

The street food corner at Lothringer 13 Halle uses an already existing industrial architectural element: a pass-through from the times of the engine grinding factory formerly located in the hall. Within this program format, it will become a place for sharing, eating, drinking, and talking in the midst of the artistic works. 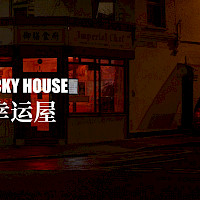 Did you eat today? – 1st Edition talk to me
Richter
video & street food series, exhibition
Next event on Sunday, 27.11.2022, from 2–4 pm. talk to me is an open conversation format that offers visitors one-to-one contact, to ask questions, to discuss their own point of view. The art mediator Julia Richter is present in the hall for questions and exchange.
read more 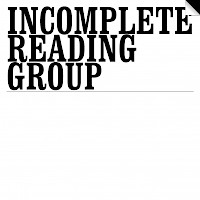