30.07.22, 20.00–21.00 Uhr, Performance
Limited number of participants: 7 people per slot. Please register at the link in the text. Please note: Visitors are invited to experience the performance from a participatory perspective. The audience walks and stands during the performance, no seating available.

–> Registration for the Performances

–> CURRENT INFO: Unfortunately all performance slots are fully booked now. We ask all those who have booked slots and cannot attend to let us know at projekt@lothringer13.com. Today, Friday 7/29, and tomorrow, Saturday 7/30, the hall will not be open to the public.

“With each enactment, the score morphs into the liveness of a performance, and, vice versa, the score holds the potentiality of all its future and past enactments.”*

In Lena Grossmann´s participatory project MIMETIC BODIES, she deals with our everyday body language. She is interested in physical gestures, their readings and their relationships to each other. Together with a team of performers and artists, the choreographer and visual artist investigates mimetic movement strategies in different contexts, which result in a participatory installation in the Lothringer 13 Halle.

–> Please register for the performances via this link.

How do we structure our intercorporeal, social, public but also private spaces by means of collective body language? Which behaviors and codes do we use as a matter of course? In what ways do we take up and imitate the movements in our environment?
What bodily reactions does being imitated produce? Does mimetic behavior only become visible when it is not exactly identical, but rather reproduced as an “idea of movement”?

Based on questions about a collective body language, mimetic movement strategies are examined and made visible. Within the performance, a small group of visitors, together with the performers, go through and experience scenes and sequences that circumscribe, comment on and question these movement strategies. Interbody actions, group formation, moments of isolation and togetherness, after-feeling, or even symbiotic behavior are the focus of the performance. The interplay of looking at and being looked at constantly modulates the process. The performance moves between abstraction and concrete embodiment, blurring the boundaries between artificially created and spontaneously arising situations. Visitors are invited to experience the performance from a participatory perspective.

The performances are accompanied by a notation in the form of a floor graphic that extends over the entire area of the Lothringer 13 Halle. This formulation on the floor is intended to be instructive. The graphic field forms a situational structure that suggests the developed dance scenes and thus becomes a score for the various movement units of the performers. At the same time, it allows visitors to navigate through the space during the opening days after the guided performances.
The performative installation can thus be experienced by visitors in two ways and consciously works with the possibilities of the exhibition space, which remains accessible to the public beyond the performances.

–> Please register for the performances via this link.

With the work MIMETIC PRACTICE, Lena Grossmann developed a participatory space at the Academy of Fine Arts Munich in February 2022, in which visitors could take action themselves and experience different forms of imitation.
In MIMETIC BODIES IN PUBLIC SPACE, a research residency at the Münchner Kammerspiele in the context of "What is the city?", public corporeality in various public places in Munich was investigated by means of participatory observation. The focus was on how bodies reorganize themselves in times of "social distancing" and how collective but also individual needs for distance are formed.
During a residency at the Schwere Reiter Munich, the collected material from the public space is further developed, abstracted and condensed into concrete scenes. These are the starting point for the performance MIMETIC BODIES in the Lothringer13 Halle.

Supported by the NATIONAL PERFORMANCE NETZ – STEPPING OUT, funded by the Federal Government Commissioner for Culture and the Media as part of the initiative NEUSTART KULTUR. Support Program Dance. 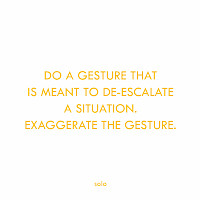 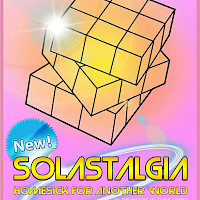 SOLASTALGIA – a performance by THE AGENCY

SOLASTALGIA turns into a game – a simulation in which three avatars act out the farewell to the world as we humans know it – and imagine a world after human beings. Premiere Thu, 23 June, 6 pm. Free admission. No reservation necessary.
read more

Tabea Blumenschein, Hilka Nordhausen and Rabe perplexum deviated from norms and acted outside the centre in the subcultural milieu.
read more